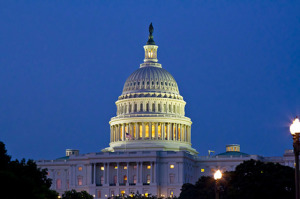 As a result of the series of meetings during the Policy Forum involving Senator Kerrey and top members of the Senate and the Finance Committee, and particularly through AOPA Past President Tom Watson’s intercession with Senate Majority Leader McConnell, important language relating to the July 2015 draft LCD was inserted into the Committee report which has been prepared to explain the 2017 Senate Labor/HHS Appropriations Bill.  This is an important directive to CMS, essentially that in light of reductions in Medicare prosthetic spend over 2012-2014, there seems no necessity for intervention to change the LCD, and instructing CMS to consult with clinicians, patients and prosthetist groups before releasing any new or revised version of the LCD.

The language included in the report is as follows:

“The Committee recognizes that Medicare payments for all prosthetics, and especially the newer advanced technologies, have declined over each of the years 2010-2014.  The committee encourages CMS to consult broadly with clinicians, patient groups, and the prosthetics field regarding revisions to the draft Local Coverage Determination, prior to publishing an updated draft policy for public comment.”