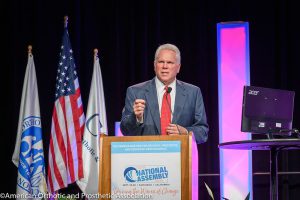 Last week nearly 2,400 individuals from the O&P profession gathered in San Diego for the 102nd National Assembly. Below are the highlights of what attendees experienced.

The Assembly kicked off Wednesday afternoon with the recognition of the 2019 Lifetime Achievement Award recipient Jim Kaiser and the 2019 Legislative Advocacy Awardees Glenn Crumpton, CPO, Stella Seiber, and Maynard Carkhuff. Attendees then heard from Captain Lanny Boswell who spoke about the importance of O&P from the military perspective. AOPA President Jim Weber opened up the Exhibit Hall with a champagne toast sponsored by Blatchford (formerly Endolite). 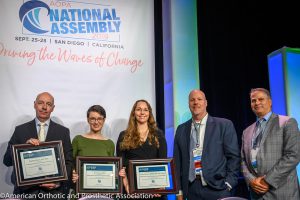 Friday began with the AOPA Annual Membership Business Meeting. The results of the election were announced, Jim Weber offered reflections on his past two years as President, and President-Elect Jeff Lutz spoke about his plans for 2020. After a day of education, attendees were treated to happy hour by exhibitors in the Exhibit Hall. 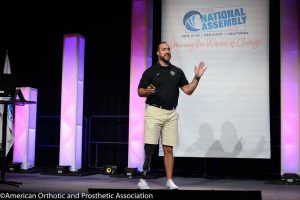 Saturday morning rounded out the Assembly, the student poster awards were presented to Erin McGraw and Charles Noble, both from the University of Pittsburgh. Attendees learned that they had selected Mark Ford as the 2019 Hamontree Business Lecture Series winner. Last but not least, Paralympian Jeremy Campbell shared his inspiring story.

Attendees enjoyed numerous educational opportunities throughout the Assembly including, Outcomes and Evidence Base Practice in O&P: How Are You Documenting Value in Your Clinic and Using it to Improve Reimbursement, The Diabetic Foot from the Outside In, Contemporary Perspectives on Low Back Pain in the Population with Limb Loss Symposium, and Future Tech – A Glimpse into Emerging Technologies.

The Exhibit Hall was once again the place to be. Attendees perused over 150 exhibitors and enjoyed the 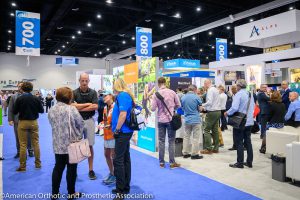 various special events, such as the Massage station, sponsored by Cailor Fleming, the headshot lounge sponsored by Alps South, and the annual Technical Fabrication Contest which resulted in eleven winners. On Saturday, the Exhibit Hall opened up to the community for free, individuals outside O&P came to learn more about the profession and what it does for those living with limb loss and limb impairment.

A special THANK YOU to our 2019 National Assembly sponsors; it was a success in large part because of your support! 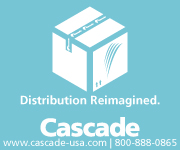 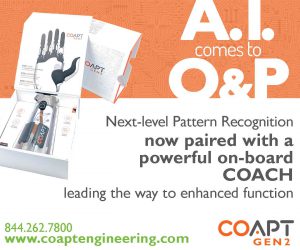