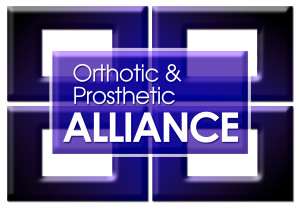 March 12th, 2014 Update — A long running issue for the O&P community has been the questionable self-referral practices of physicians who own distribution facilities for O&P devices and the potential conflicts of interest. In a May 23, 2013 letter to Daniel Levinson, HHS Inspector General, the O&P Alliance wrote, “With the exception of certain prefabricated off-the-shelf orthoses or supply items, allowing the provision of other types of O&P care by referring physicians opens the door to overutilization, potentially suspect medical judgment, unfair competition and increased costs to the Medicare program and its beneficiaries.”

The letter also called attention to an OIG March 26, 2013 alert on potential fraud on self-referred implantable medical devices with the Alliance letter noting that the “same principles would apply when evaluating arrangements involving other types of physician-owned entities.”

On a positive note to the Alliance suggestion “that OIG increase its enforcement activities with respect to physician ownership of O&P laboratories and include the analysis and observation of physician-owned O&P laboratories in its fiscal year 2014 work plan”  the letter said “We will consider your observations and recommendations as we plan future activities.  In addition, we welcome any specific information that you can provide regarding abuse practices….”

The O&P Alliance followed up with a November 18, 2013 letter to Administrator Tavenner indicating the Office of Inspector General recommended that the Alliance bring the profession’s areas of concerns to the attention of the Administrator.  The Alliance letter referenced the In-Office Ancillary Services Exception (IOAS) which allows certain tests and other services described as Designated Health Services (DHS) to accommodate certain “legitimate physician business arrangements.”   The Alliance pointed out “that the IAOS exception and other loopholes in Medicare regulations related to O&P services are being exploited and do not conform to the IOAS original exception’s  intent.” The letter went on to recommend that these loopholes should be eliminated.

The response to the Alliance letter from CMS of January 8, 2014 was helpful to the extent that it acknowledged the potential for a problem and allowed, “The information you have provided is helpful as we continue consider physician self-referral policy options.”

Not the end of story by any means but a possibility that the O&P Alliance’s persistence on this issue may bear fruit at some point.