A Look Ahead from AOPA Leadership
On CMS’ Prior Authorization Proposal

On May 22, 2014, the Centers for Medicare & Medicaid Services (CMS) released a proposed rule to establish a prior authorization process alleging that this would ensure beneficiaries receiving medically necessary care while minimizing the risk of improper payments and therefore protecting the Medicare Trust Fund.

The American Orthotic and Prosthetic Association (AOPA) has very significant concerns with the use of prior authorization in the Medicare program as outlined by CMS in that proposal.  Prior authorization may have worked in a few limited cases in the private sector, but such a process poses serious risk to not only worsening the backlog of provider appeals, but also threatening beneficiary access to items and services.

If, in June 2011, before the HHS Office of Inspector General issued a severely flawed report on lower limb prosthetics a government official said—“how about we set up prior authorization for artificial limbs, that person would have been booed off the stage—by patients and providers alike.  The fact that CMS has taken horrible, draconian steps in the interim doesn’t make a bad idea a good one. 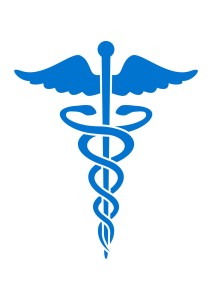 I. AOPA believes that health professionals engaged in direct patient care encounters–physicians, therapists and O&P professionals–need to be considered as one category and there needs to be an exception from Prior Authorization for them.  All three of these players share portions of the market for Medicare billings–if O&P were subject to Medicare Prior Authorization, but physicians and/or therapists were not, it would manipulate the Medicare market.

a. recognize the notes of the prosthetist and orthotist as a legitimate part of the medical record for both therapeutic and reimbursement purposes.

b. legislative separation of O&P from DME–the former are licensed/certified health professionals, the latter are ‘suppliers’

c. delays as seen in power mobility equipment Prior Authorization–CMS has 5 days to approve a Prior Authorization, or to deny with an explanation, unique and specific to this patient why it is not approved, if no answer in five days, it is deemed approved and patient care may proceed.

d. Prior Authorization needs to constitute a guarantee of Medicare payment

e. threshold for Prior Authorization. 167% of the average total per patient prosthetic claim by Medicare data for last available year, inflation adjusted to become current year.

f. elimination of RACs and prepayment audits across all claims

g. immediate cessation of RAC audits, and elimination of bounty contractors–no linkage to CMS implementation date of Prior Authorization for any category of providers.

h. still need a remedy for appeals and a plan to hasten ALJ hearings (or return funds until the ALJ hearing occurs.

i. other issues from the RAC legislation, e.g., requiring CMS to make its records more granular and separate O&P appeals, separate from DME

There is nothing about Prior Authorization that is better for patients than the current situation.  Patients have been receiving devices, and if CMS refuses to pay the prosthetist, the patient still has the leg.  Under prior authorization, patients will not receive devices unless and until CMS approves.  That may involve patients more directly in the fight, but it will make it harder for patients.  Contrary to some popular misconception, it might not be a case where it is either have horrid RAC audits OR have prior authorization.  We could have ALL the RAC problems and a series on entirely new prior authorization problems.  CMS, post PPACA, cares first and foremost about one thing, and one thing only–reducing the amount of money Medicare spends.

We will continue to keep AOPA members informed on this critically important regulatory topic.