On December 1, 2016 the Agency for Healthcare Research and Quality (AHRQ) announced that it was soliciting public comment on the key questions that would be used in its previously announced systematic review of clinical literature relative to lower limb prostheses.  Comments were to be submitted no later than 11:59 pm on December 20, 2016. […]

On December 19, 2016, the Centers for Medicare and Medicaid Services (CMS) announced the initial implementation of the Medicare prior authorization program that was authorized through the final rule published on December 30, 2015. As expected, CMS has chosen a cautious approach in implementing its prior authorization program.  The initial list of codes subject to […] 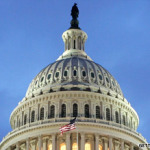 The 114th Congress completed its work in a “beat the clock” enactment around 11:30 pm on Friday evening, December 9 by the Senate passing a Continuing Resolution (CR) just 30 minutes before the government would have shut down. That Continuing Resolution will keep the U.S. government operating through April, and without enacting the provisions of […]

In mid-2014, the American Hospital Association (AHA) filed suit against HHS challenging the long delays—far in excess of the statutory limit of 90 days—before RAC audit appeal cases are heard by an administrative law judge (ALJ).  Early on, the District Court ruled against AHA, but was overruled by the Court of Appeals.  In now ruling […] 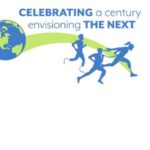 Call for Papers for the 2nd AOPA World Congress

Gain International Recognition * Advance your Career * Improve Patient Care AOPA has announced the call for papers for the Second O&P World Congress to be held September 6‐9, 2017 at the Mandalay Bay Resort in Las Vegas, Nevada, USA. AOPA is seeking high‐quality educational and research content to set the stage for a broad curriculum of […]

HHS OIG Releases 2017 Work Plan-Two Longstanding Objectives in Orthotics Remain; No Other/New Prosthetic or Orthotic Items Listed Each year, the HHS Inspector General releases its annual Work Plan, which lists the topics where the OIG believes there are significant potential items of fraud or other inappropriate or inefficient operations by HHS (including CMS and […]

GOP Runs the Table, Trump Wins Presidency, and Maintains Control of Both Senate and House In an election unprecedented in American history, Donald Trump defied the polls, conventional wisdom and notions of political correctness for a convincing win of the Presidency in the Electoral College, despite a roughly break even in the popular vote. What […]

The Centers for Medicare and Medicaid Services (CMS) has released the new HCPCS codes for 2017, and there were only a few minor changes. The biggest change was the deletion of the temporary K codes (K0901 & K0902), which became effective on October 1, 2014, to describe off the shelf (OTS) versions of custom fitted […]

As we reported in July, the Centers for Medicare and Medicaid Services (CMS), placed all the activities of four existing Recovery Audit Contractors (RAC) contractors on hiatus as a result of the upcoming award of new RAC contracts.This hiatus was to allow for a smooth transition to the new RAC contractors, including the single, national […]